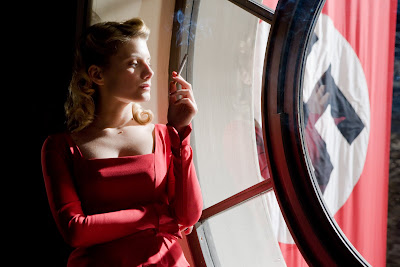 Quentin Tarantino’s “Inglourious Basterds” opened to a glorious $65.1 million at the worldwide box office, including a domestic haul of $37.6 million.

It’s the biggest Tarantino opening by far at the domestic B.O., and a major win for the Weinstein Co., which is handling the World War II pic domestically.

Overseas, where Universal Pictures Intl. is distributing, “Basterds”--shot entirely in Europe--grossed an estimated $27.5 million from 2,630 playdates in 22 territories. It’s the first Tarantino film to open day and date on such a scale.

Tarantino previous best debut at the domestic B.O. was “Kill Bill Vol. 2,” which bowed to $25.1 million.

Brad Pitt’s name on the marquee likely broadened the audience beyond Tarantino’s usual fan base in North America.

Weinstein Co. and Universal are equal partners on the project. Film cost $70 million to produce.