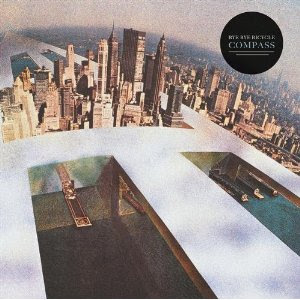 Link
“Bye Bye Bicycle” is such a cute little name. Too cool to fail and unwrap a band not able to compete with it. Gothenburg vs. Tossene, the band is once again a little gift from the Swedish Indie Pop Scene. Happy disco drumz and guitarz in a pure retro-c86 style, songs like “Footsteps” and “Westside” (I’m gonna send a little post card from the coast / I hope you’ll read the little message that I wrote / a friend of sister’s friend it’s notghin more now”) from the ep “Westside” (Cloudberry 62) are the perfect soundtrack for a summer journey toward the holiday of your life, with Giovanni Leckman and Pietro Doherthy doing the choids on the backyard of your daddy’s car.

The band was born in 2002 on the swedish westcoast, but eversince they found it quite boring and too little inspring, they decided to move on Gothenburg in 2007 they used to hang on a great bicycle robbery. (At least… that’s what the other bands say) soon joined on stage by Nicklas Wennergren from “Mockingbird, Wish Me Luck”.
Publicadas por Peacock a la/s 4:10 p. m.